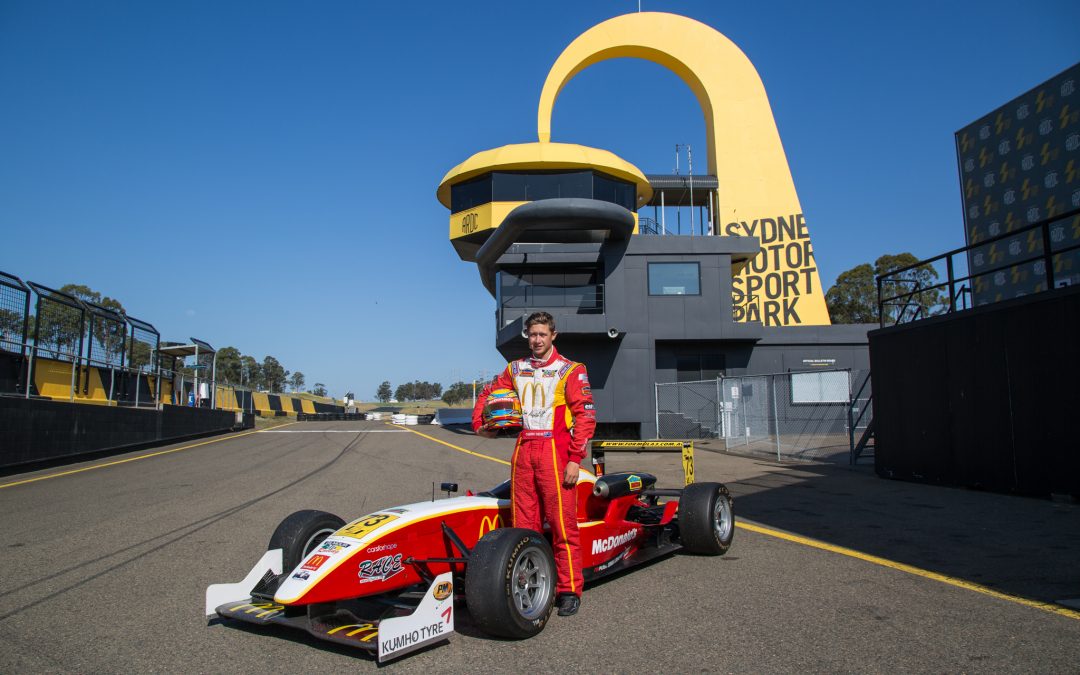 Cameron Shields’ performance at the final round of the 2016 Formula 3 Premier Series showed he has what it takes to challenge the best sport while taking home another second place trophy.

The 2016 finale at Sydney Motorsport Park set the young Toowoomba driver up against both 2015 (Jon Collins) and 2016 (Tim Macrow) Formula 3 Champions. He rose to that challenge, finishing the weekend with a hard fought second place behind three time champion Tim Macrow.

Shields duelled with Macrow for the lead in Saturday’s opening race in Sydney. While eventually having to settle for second place. He impressed onlookers with his tenacity at the Safety Car restart which almost saw him take the lead several times.

In the second race, a reverse grid, the 15 year old again showcased his skill. Firstly, avoiding a stalled car directly in front him at the start. Before carving his way through the field to finish second just behind Macrow yet again. Also setting the fastest lap of the race in the process.

The final race of the weekend saw Shields in an exciting three way battle with Roland Legge and Jon Collins for second place. While a minor off track excursion to avoid contact with Collins saw him drop out of the fight briefly, he recovered to pass Legge and finish third behind Macrow and Collins.

Shields’ results were enough to claim another second spot on the outright Premier Class podium for the round.

“The final round for the Australian Formula 3 was one to remember, finishing 2nd in the Premier class and achieving the fastest lap in race 2” enthused Shields.

“As the season has progressed I have continued to get closer to the three time champion Tim Macrow and at the final round I was in amongst the top contenders with some really close racing.”

The event in Sydney wrapped up a successful first full year in national level motorsport. 2016 saw Shields swiftly take out the Formula 3 National Class title in the first 5 rounds before stepping up to the Premier Class for the final two rounds of the year.

He also became the second youngest outright race winner in the series with his win Queensland Raceway in Round 5. The only younger winner of an Australian Formula 3 race was Mitch Evans who has since moved on to international fame in GP2 and Formula E.

Shields will now take some time to assess his racing options for 2017 and will make announcement about his plans in the new year.