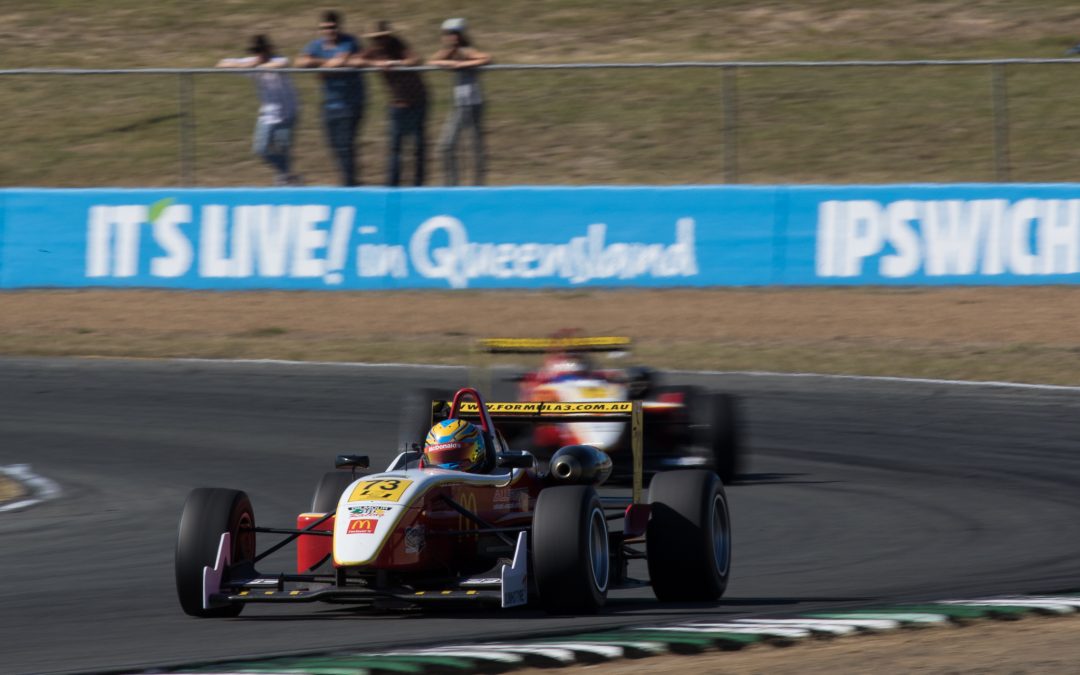 A blistering 1:04.3493 around the 3.1-kilometre Ipswich circuit proved the class of the field, upstaging the newer machinery to claim a stunning maiden pole position.

Shields made the most of his pole position advantage, building a commanding lead over the field to claim his first outright Formula 3 victory.

The second race, with the top four cars (from the opening race result) reversed, the 15 year old fought his was through to finish second behind his team mate Christopher Anthony (Outright Class), shrugging off a challenge from two time Formula 3 Champion Tim Macrow (Outright Class).

In the third and final race of the weekend, Shields started from Pole Position once more though couldn’t resist the relentless attentions of Outright Class contenders.

Macrow and Anthony slipped through, but Shields rose to the occasions to lock in a strong third place on the road, and another National Class victory.

Three wins in the National Class field was enough for Shields to build what is now an insurmountable points lead in the National Class, taking the title with two rounds to spare.
“It was a very successful weekend,” enthused Shields. “We were the fastest in practice and that followed on into qualifying and the first race, which we won. That was really good.”

“This weekend, we’ve also achieved the National Class Championship, so that’s in the bag now. That’s certainly pretty cool to win that title.”

“I can’t thank the team at McDonald’s Gilmour Racing enough for putting together such a competitive car. I also have to thank McDonald’s Toowoomba for all their support to achieve the title.”