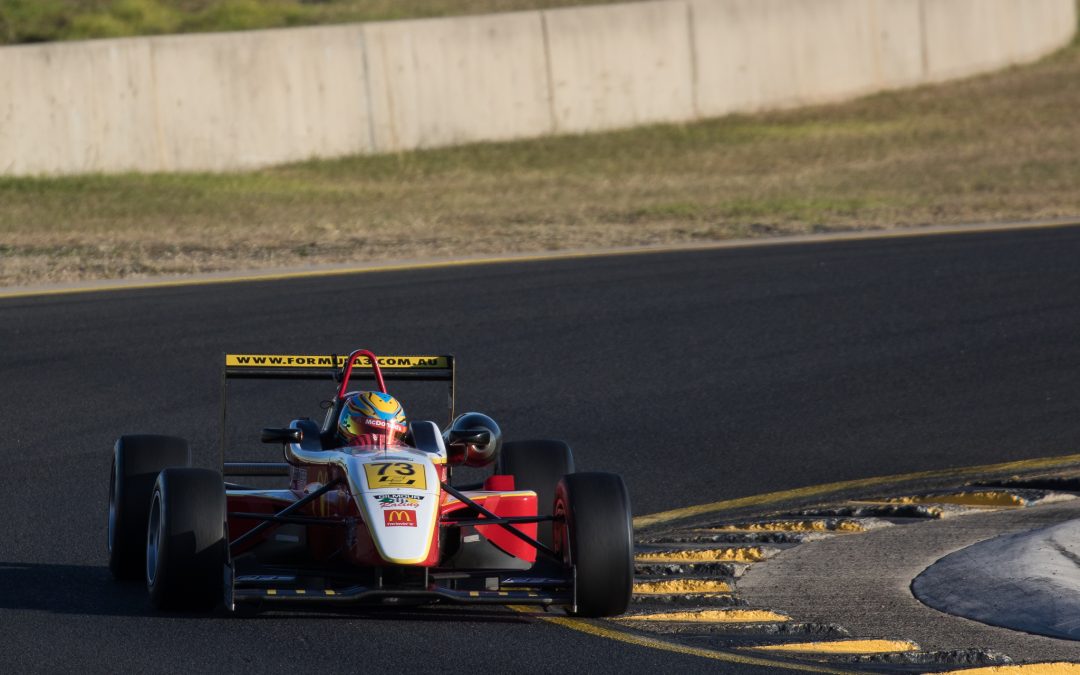 After failing to finish the second race due to a broken drive shaft, Shields bounced backed to finish a sensational third outright in the final race of the weekend, twice claiming top spot in the National Class and extending his championship points lead.

The Queenslander kicked off the weekend qualifying fifth for the opening race, a mere 0.0005s behind Trent Shirvington (an outright competitor). His second fastest lap, which determined grid positions for Race 3, proved good enough to start from third in the highly competitive field.

Race 2 however didn’t go to plan. An uncharacteristic failure in drive shaft on warm up lap forced Shields into the pits before the race had officially started.

However Shields’ Gilmour Racing Team went to work repairing the car in near record time, allowing him to start the final race of the weekend.

Shields promptly repaid his team’s efforts, fending off challenges from both Capo and Shirvington before hunting down his Gilmour Racing Teammate Christopher Anthony to take the National Class victory and third outright.

“We were consistently fastest that final race, if the race was a couple of laps longer I could have challenged Anthony for second place,” Shields said after the race.

“The team did a great job to get the car fixed for Race 3, so to come home with a third outright and the class win is a fantastic result.”