Young gun Cody Burcher will step up to the National Trans Am Series in 2022, after striking a deal with Garry Rogers Motorsport to run the Ford Mustang driven by James Moffat at Sydney Motorsport Park in November.

After finishing third in the Australian Formula Ford Championship after a COVID affected season, which saw 18-year-old from Orange miss a round, Burcher will make the step up to Trans Am competition, something he sees as a vital step on his pathway in pursuing a career in Supercars.

“The move up to Trans Am is very exciting,” said Burcher. “It is an exciting category to be a part of, especially with all of the people who are already involved.”

“It’s a category that is growing and starting to gain a lot of traction and attracting bigger names.

“Trans Am cars seem to move around a lot like a Formula Ford, but with a lot more power and a roof over my head.

“Being a V8 rear-wheel drive car, it’s a good category to develop on the pathway to Supercars, especially with Gen3 Mustangs and Camaros in the not too distant future carrying a similar formula.”

Garry Rogers Motorsport has a reputation for nurturing young talented drivers, and it’s an association Burcher is hoping will bolster his development as a driver after initially meeting Barry and Garry during an S5000 test in 2020.

“GRM has been a massive part in making this happen,” Burcher continued.

“They gave me a test in an S5000 at Phillip Island last year, which was a fantastic experience.

“We’ve kept in touch ever since and this new deal to run the Mustang in Trans Am brings that all together. “

“Garry and Barry are renowned for spotting young talented drivers and helping them develop their skills. And I’m glad to be part of all that.

“They’re a very professional team, being a former Supercars team, they’ve got a lot of experience in the sport. There is also a lot of talent and knowledge in the workshop as well with people like Marcos Ambrose being involved, which I am sure will keep me on my toes to get the best out of me.

“I can’t thank the guys at GRM enough for the opportunities they’ve already given me, and I’m looking forward to continuing working with them into the future.”

Barry and Garry Rogers are glad to be involved in seeing the young driver step up as both are excited to play an integral part in Burcher’s development.

“We’ve come to an arrangement with the Burchers to run the Ford Mustang Moff used at Sydney Motorsport Park for next year.” said Barry Rogers.

“We’ve gladly got involved with the Burcher family and helped them make all this happen because Cody’s a young guy we certainly rate coming through.

“Cody is certainly a young guy we rate and moving into Trans Am next year, we think he’ll be mixing it pretty soon.”

Organisers to the National Trans Am Series will make an announcement about their schedule for 2022 in due course. 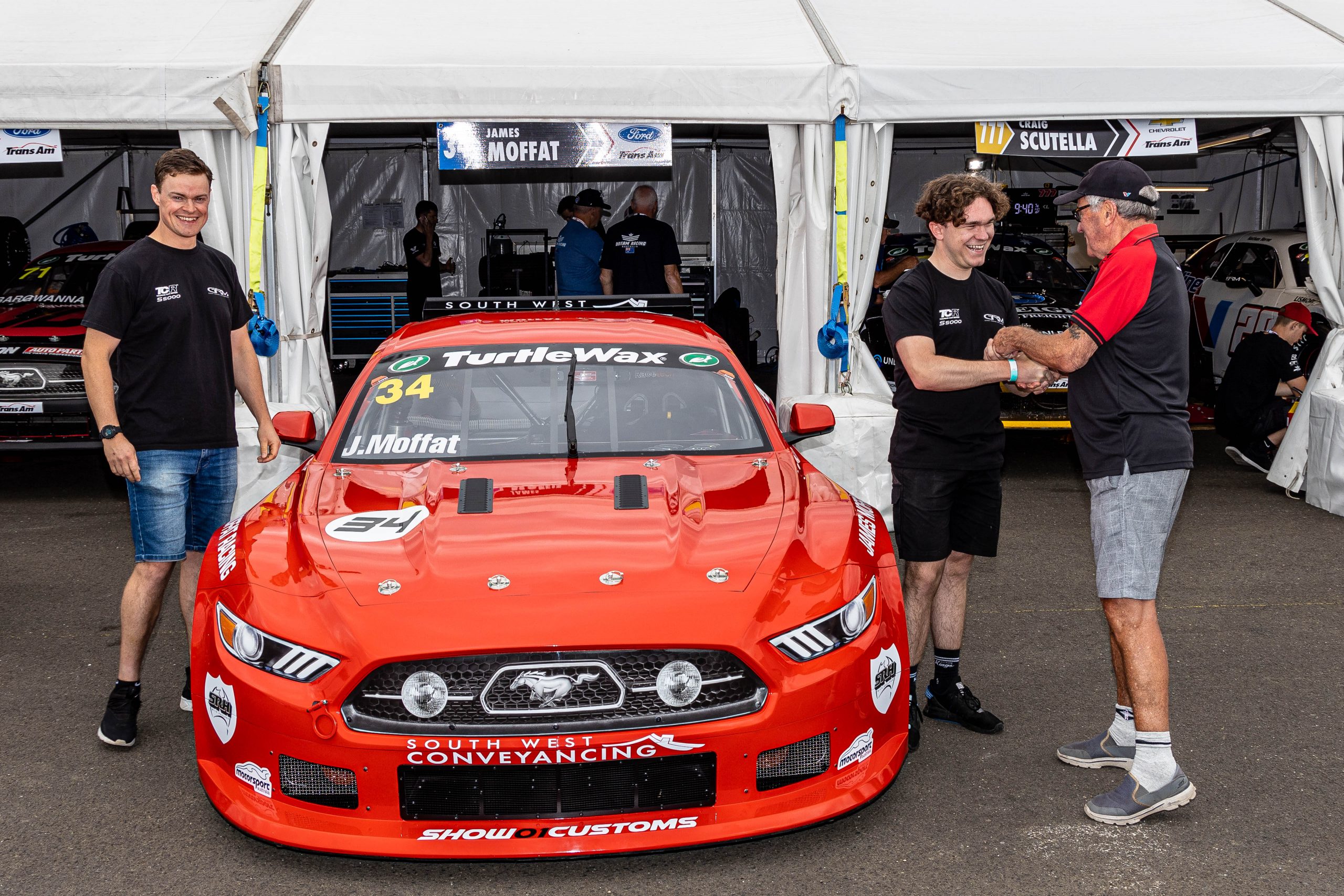