A hometown advantage helped George Gutierrez close the gap in the SuperUtes Series points with another overall podium in the fourth round at South Australia’s The Bend Motorsport Park.

Sitting second in the points standings, the Adelaide-based driver continued to build upon his recent form and reduced the margin to just 43 points, after finishing third for the weekend. Putting himself well in the championship hunt with two rounds remaining.

The round at The Bend wasn’t without a couple of hiccups, the first coming in qualifying, where Gutierrez missed a clean lap and was only able to set the fifth fastest time.

However, the 25-year-old fought back straightaway in the opening race. After racing his way up to second place, a fuel surge issue saw Gutierrez limp across the line to finish the race third.

In the second race, a reverse grid, once again charged his way through the field. Even after ending up off the road avoiding someone else’s incident on the opening lap which saw him drop to dead last, the South Australian made his way back up to seventh.

Sunday’s opening third race was deemed a non-event with no points awarded following a red flag stoppage to repair damaged trackside kerbing. Gutierrez had been in been in a hard-fought battle for the lead when the race was stopped.

Gutierrez resumed his charge towards the front in the fourth and final race of the weekend. Securing a third place finish for both the race and the round.

“It was a massive weekend for us.” said Gutierrez at the end of the weekend.

“The expectation was set high being a home race. It was always going to be. And I think we managed ourselves well throughout the weekend despite everything that was thrown at us.”

“In Race 1 we tried to take advantage of the series leader not being able to start the race and got the elbows out to battle towards the lead. We got up to second, but that fuel surge issue at the end cut our run short”

“And I’m keen to rewatch Race 4. The rain at the start complicated things, and then we got into a train of cars all trying to pass each other.”

“I needed to be patient and wait for the right moment to make my moves, which I did and crossed the line in third.”

“We scored a good collection of points towards the championship and came home with some silverware again. We’ll take a podium any day of the week.”

“Thank you to everyone who came out this weekend and said hello. And of course my sponsors. We wouldn’t be here without them! Bring on Bathurst!”

The next round of the SuperUtes Series will take place at the world-famous Mount Panorama circuit as part of the support program for the Bathurst 1000, 6-9 October 2022. 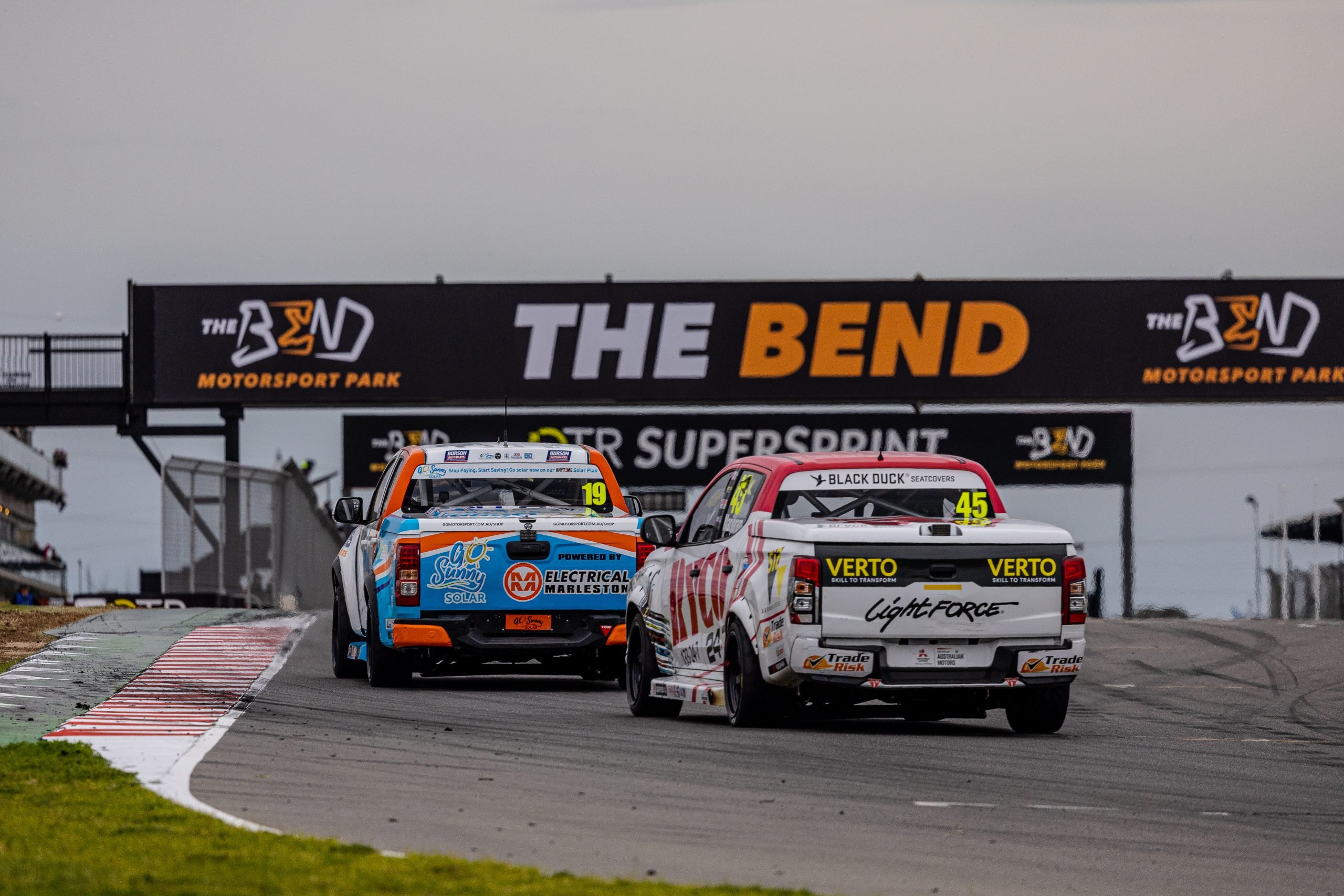