South Australian driver George Gutierrez is proud to announce he will compete in the Toyota 86 Racing Series in 2018.

After a couple of appearances in the 2017 series, The Adelaide based racer has now committed to competing in the full 2018 Toyota 86 Racing Series, his first full national campaign commencing with this weekend’s opening round at Phillip Island in Victoria.

Long-term supporter, Bright Earth Electrical, will step up to take up primary sponsorship of Gutierrez’s No. 19 Toyota 86, with the car to feature a striking white, green and black livery.

“I am extremely happy to have Bright Earth Electrical onboard as my team’s main sponsor for another year.” said Gutierrez.

“Their commitment throughout my racing career, from karts to circuit racing has played a major role in getting to where I am today.” 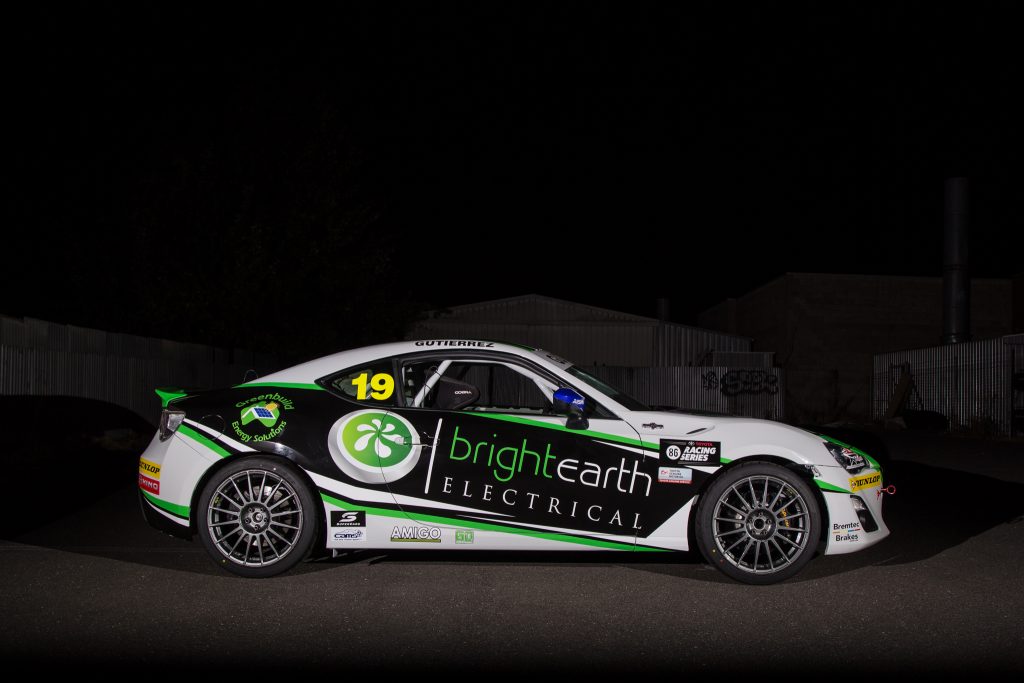 “We are pleased to be the main sponsor for George Guitierrez,” said Mr Woolley.

“We have been delighted to work with George from Go Karting and are looking forward to this year.”

AISIN have also jumped on board to back the young Adelaide based driver in his 2018 program that includes competing in both the Toyota 86 Racing Series and his local IPRASA Series.

“We are excited to be partnering up with another young and upcoming rookie, George Gutierrez who had a successful 2017 campaign. We look forward to continuing to support George throughout 2018 race campaign.” said Tony Ng, AISIN.

Gutierrez will enter 2018 with fresh confidence after a successful shakedown of his brand new Toyota 86 race car at Mallala last week. 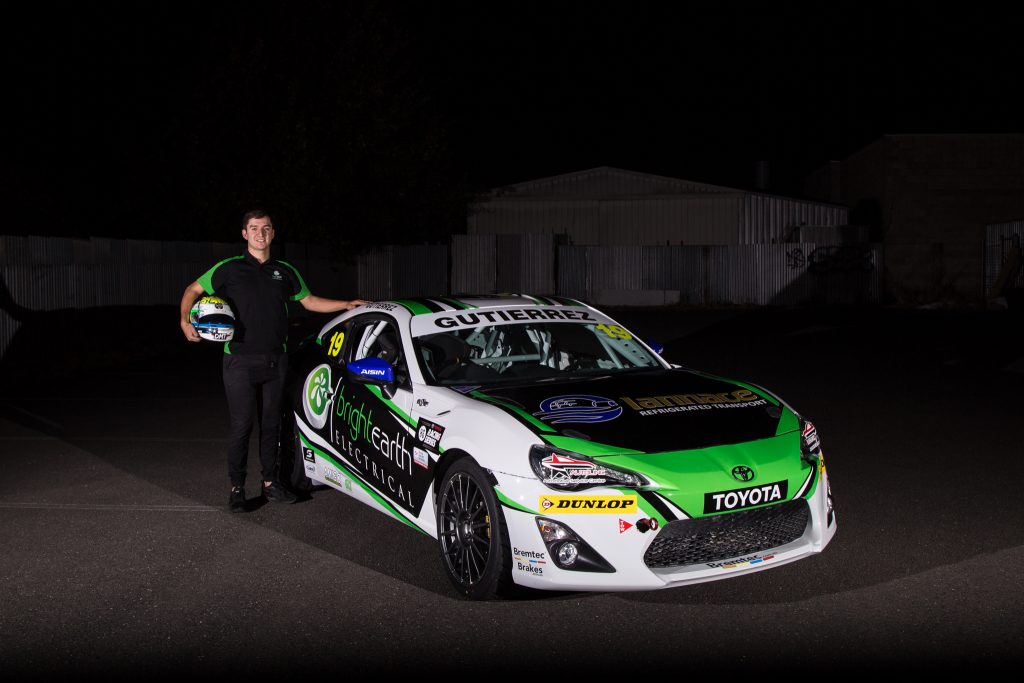 George would like to thank all his sponsors ahead of the 2018 Toyota 86 Racing Series: