Hayden Paddon: “Sometimes you’ve got to be in the right place at the right time”

In the lead up to Rally Australia, Rhys has a chance to sit down with New Zealand rally star Hayden Paddon and ask him what advice he could give young drivers on their own journey in pursuing a career, particularly on the international stage in motorsport.

Hayden is no stranger to competing on the world stage, having been signed as Hyundai factory driver in the World Rally Championship since 2014.

He’s also proven himself against some of the best drivers in the world, having finished on the podium no less than eight times, including a win at Rally Argentina in 2016 and second place in the final WRC round for 2018, Rally Australia.

That said he has had to work extremely hard and overcome many hurdles just to be in a position to make that possible. So when I asked him what advice he could give young drivers who wanted to work their way up to potentially compete on the world stage, this is what he had to say.

“Sometimes you’ve got to be in the right place at the right time,” said Paddon.

“You have to be in Europe. The problem is for anybody in the Southern Hemisphere to go to Europe, no one really understands the size of the challenge. It’s massive.”

From your experience what is the biggest challenge for young drivers face when making that leap to compete internationally?

“There is no hiding the fact that the biggest barrier is financial,” Paddon continued

“Obviously, rally is unique in the fact that the only way you get event experience is by doing the rallies every year. So the Europeans, when they go out and do a national rally or anything like that, they’ll literally do WRC Rally Finland etc. These are the rallies they’ve grown up with.”

“Here in New Zealand and Australia, we’ve grown up with our national rallies, which are on a completely different level, so as soon as we go to Europe you need a budget for a minimum three years just to get to a level where you will be competitive.”

“You need one year just to learn the rallies. A second year to build on that experience and then the third year to then start being competitive.”

“It’s impossible to go over in year one against Europeans in their own backyard. So that alone, you factor in three years of private funding is millions of dollars and that’s the biggest challenge.”

“All us rally drivers, we’re all very competitive people, so its hard for us to sit back in year one and year two and take that learning approach.”

“You want to go out and you want to go fast, so then of course that when accidents happen and mistakes happen and then the funding starts dwindling away so you really got to have a real clear approach, a really clear plan over two to three years on how you are going to do it and stick to that plan and try to have the funding in place.”

“There is nothing worse than stressing about how you are going to fund it because that takes over from the driving.”

“So its all about that clear planning and then funding and unfortunately there is no way of hiding from that.”

“We were lucky when we came through, we got the timing about right. We got the Pirelli star driver scholarship which gave us a year fully funded. That gave us our learning year essentially for nothing and then we built on it from there.”

“Now you’ve got the Junior World Championship, but again it’s difficult. Dave Holder (New Zealand rally driver) went over this year for the first year, but again year one for him has been learning. But he had to go find half a million dollars to go learn.”

“Its hard, but not impossible” 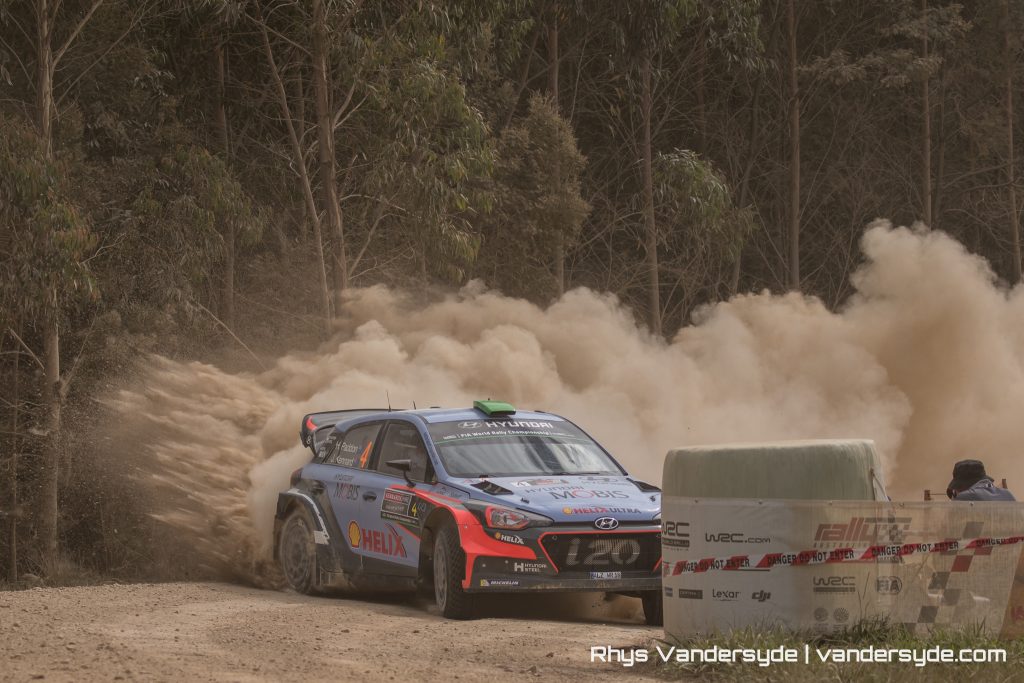 What other factors should young drivers consider to try and overcome those challenges, particularly the financial side of things?

“Part of it also comes down to alliances.”

“Those little things all matter, all count”

Now the most important question of all, what advice do you have for young drivers when things get tough?

“Stick the basics. If things are getting tough, to remember why you are actually doing it and that’s because you love driving.”

“Its really really easy to get too tied up in the results and the competition and the politics and everything and actually forget why you are actually doing it. So that’s why you have to come back and remember why firstly we’re lucky to be driving at the level we are driving at and secondly its the best sport in the world.”

“You’ve got to have that fun factor”

So what do you see as the difference between say rallying and other forms of motorsport if you want to get to that top level?

“I think there is one thing I see, which I think is a benefit in rally over some other forms of motorsport, is at that very top level it’s not necessarily about the money.”

“So like Formula 1 you’ve got a lot of drivers there that buy their way in, where as that doesn’t really happen in Rally.”

While Hayden’s advice has been more targeted at rally drivers, since that’s what he knows, there are several key aspects that apply to all Australian and New Zealand drivers who are looking to build their careers internationally.

It’s worth paying particular attention to having two to three plan (and funding) from the outset when pursuing an international career. I’ve seen many drivers go overseas only to return to Australia after 12 months giving up on their motorsport dreams entirely, and it certainly wasn’t for a lack of talent on their part.

Something else to keep in mind is that fun factor. At the end of the day, motorsport is supposed to be fun so don’t get so caught up in chasing those aspirations that it takes the fun out of it.