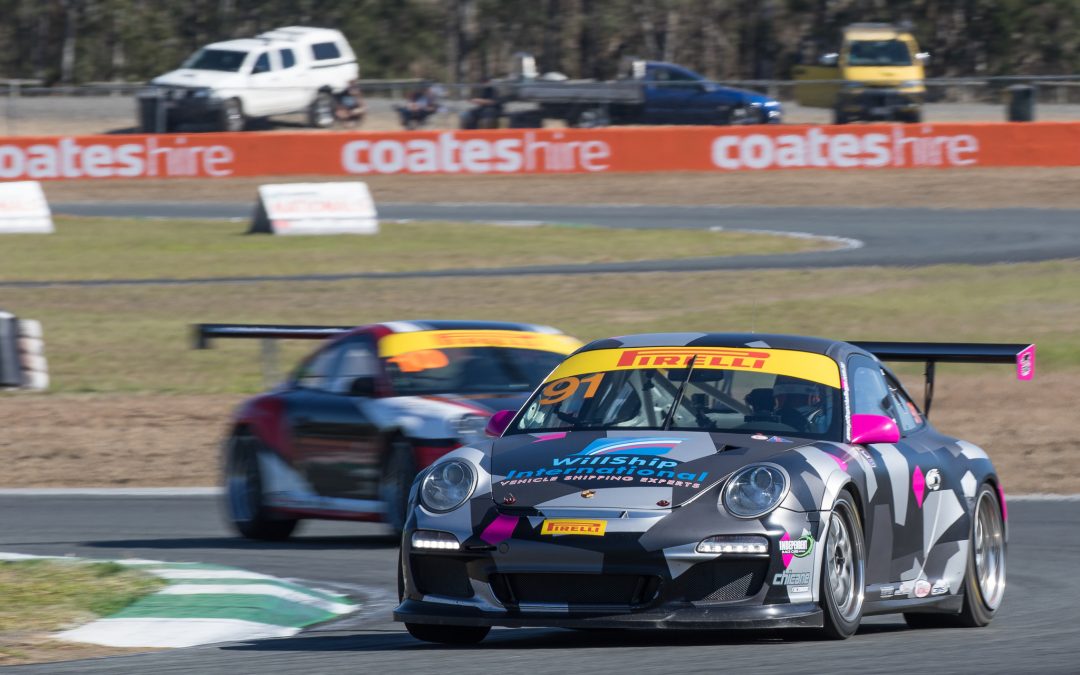 Jaxon Evans dominated the penultimate round of the 2016 Porsche GT3 Cup Challenge Australia presented by Pirelli at his home track, Queensland Raceway.

The Gold Coast local put on a stunning show, taking pole position and winning all three races of the weekend in the one make Porsche series. Including the feature, the 40 lap endurance race, to claim the Jim Richards Endurance Trophy.

Evans built a commanding 4 second lead in the opening stages of Saturday’s 40 lap race, until the safety car interrupted proceedings with just 10 laps left to run.

The upcoming Porsche driver used impeccable driving to fend off a challenge from Hamish Hardeman (Evan’s championship rival). Before building another 2 second lead in the remaining seven laps before the chequered flag.

Evans has now closed the gap to championship leader, Hardeman, to just 20 points (in the Professional Class, 23 points in the Outright standings). Leaving the Queenslander in strong contention for the championship, with 90 points still up for grabs at the final round at Phillip Island in September.

“It’s really special to win the Jim Richards Endurance Trophy. Hamish and I were level on points heading into the weekend, so to take out the final endurance race on Saturday was an awesome feeling”

Sunday “It was a great weekend, taking pole position and three race wins. I did all I could this weekend to reduce to points gap to Hamish and I’ll plan to do the same at Phillip Island. I just hope we’re still in contention for the title entering the final race of the season.

“It was a real team effort, so much has gone on behind the scenes this weekend, and I’d just like to thank all of those who make this happen.” said Evans.