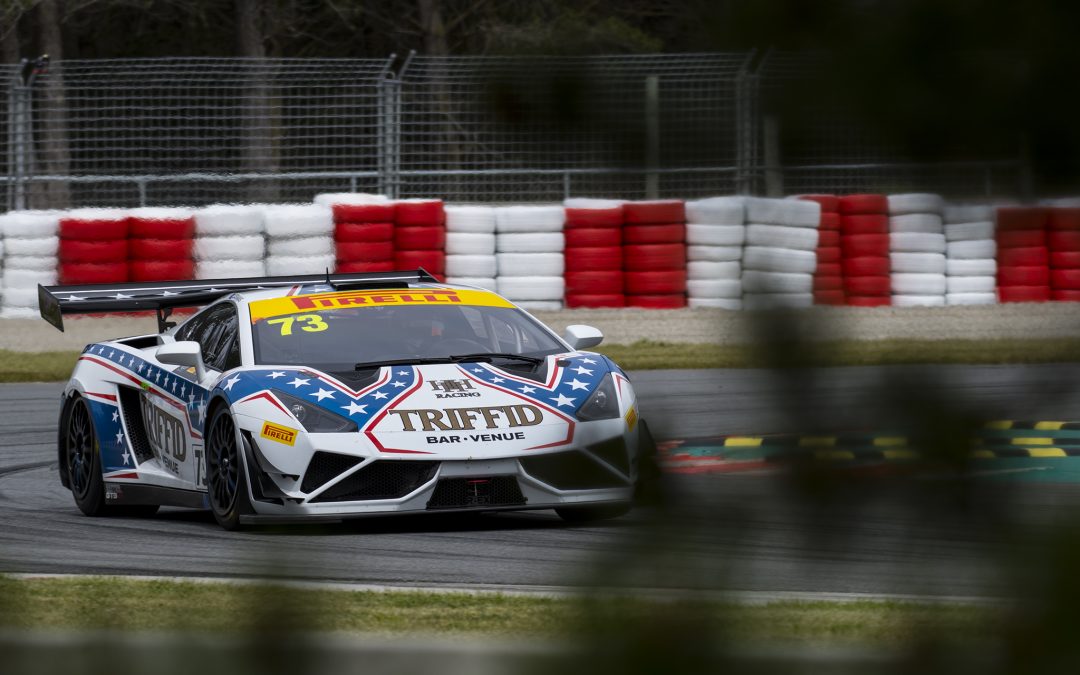 Jaxon Evans made a successful debut in the Australian GT championship at the final round for 2016 at Highlands Park, in New Zealand. The young expat Kiwi stunned much more experienced competitors with his raw pace.

In what was planned as a learning weekend for Evans, having not driven at Highlands Park or in the Triffid backed Lamborghini GT3 RE-X before. He used his limited laps in practice and qualifying to come to grips with the new challenge.

While off the pace initially, Evans and car owner Michael Hovey worked with the M-Motorsport crew (a new team for both drivers) to tune up the car overnight.

That gave Evans some much needed confidence in the new environment, also allowing him to set the fastest time in Saturday’s morning warm up.

In the first 60 minute sprint race one of the weekend, the team opted to take advantage of Evans new found speed. They put him in the car for the start and the Kiwi didn’t disappoint. Working his way through the field to lead the race prior to making his pit stop. Evans then handed the car over to Hovey who finished the race in sixth.

Hovey took the start for the second race and kept the Lamborghini out of trouble before handing back over to Evans.

Evans then fought his way back through the field, challenging veterans Garth Tander and Greg Murphy to finish in eighth place.

Sunday’s 101 Endurance race saw Evans and Hovey start from twelfth on an aggregative time after Evans set the fourth fastest time amongst some high profile drivers in his qualifying session.

In sticking with what worked from the sprint races the team again elected to have Evans start for the first stint. Again he proved up to the task, making his way up to second before handing the car back to Hovey.

Unfortunately Hovey struck an issue early in his stint, a spin at Turn 9 and what was deemed a mechanical failure with the Clutch left the car stranded on the track unable to finish the race.

“Although it wasn’t the best end to what was a great weekend, it’s the way motorsport is sometimes. I cannot thank Michael Hovey enough, for giving me the opportunity to have a steer of the Triffid Lamborghini. This weekend has been above and beyond what I was expecting and I’ve absolutely loved it. Not to mention being back in New Zealand!”

“I’d also just like to thank the boys at M-Motorsport for their efforts across the weekend.  Also a big thank you to Andy McElrea and my old boy Johnny for their work behind the scenes leading up to the event ensuring this weekend wasn’t a missed opportunity.”

Evans will be back on track at Challenge Bathurst next week before announcing his 2017 plans.