Lachlan Ward steps up to Aussie Racing Cars in 2022

Sydneysider Lachlan Ward has announced that he will make the step up to the Aussie Racing Cars series in 2022.

The 19-year-old 2019 New South Wales Formula Ford Champion will take the next step in his motorsport career, jumping into the national spotlight this year.

A two-time National Legend Car Champion (2019 & 2020), Ward is no stranger to miniature race cars. However, 2022 will mark his debut in the Aussie Racing Cars series and the first time the young driver has competed on the undercard of the Supercars Championship.

“I am stoked to announce that I will be racing in Aussie Racing Cars on board the Productivity Bootcamp #117 Camaro in 2022.” said Ward.

“Racing on the national stage alongside Supercars has always been a dream of mine and I cannot wait for the first round at my home track in Sydney.”

Ward will enjoy the continued support of long-term partner Productivity Bootcamp, who sees a correlation in taking this next step with the youngster and their mission to build better lives for young Australians as a training organisation in the construction industry.

“I was first drawn to Lachlan through his drive and passion to succeed in motorsport. At Productivity Bootcamp we work with a lot of young adults and we aim to teach them that whatever you want in life can be achieved with hard work and dedication. And Lachlan resembles this perfectly through his drive and passion for motorsport.” said Paul Breen, Productivity Bootcamp Owner.

“Productivity Bootcamp is super excited to be racing at a national level for the 2022 season, and we can’t wait to see how Lachy will go.”

Ward will make his Aussie Racing Cars debut in front of his home crowd at the season opener at Sydney Motorsport Park as part of the undercard for the opening round of the 2022 Repco Supercars Championship in March. 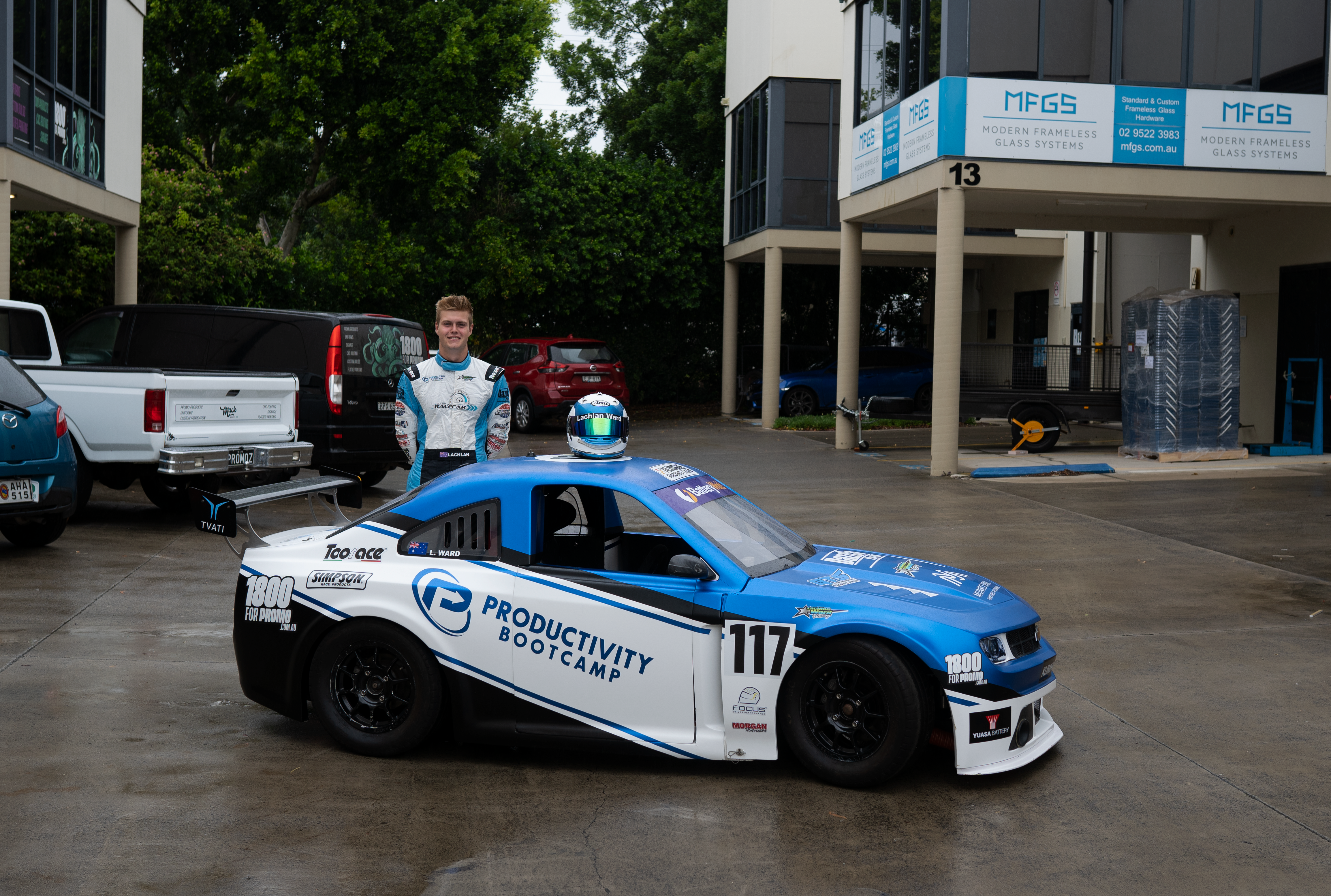