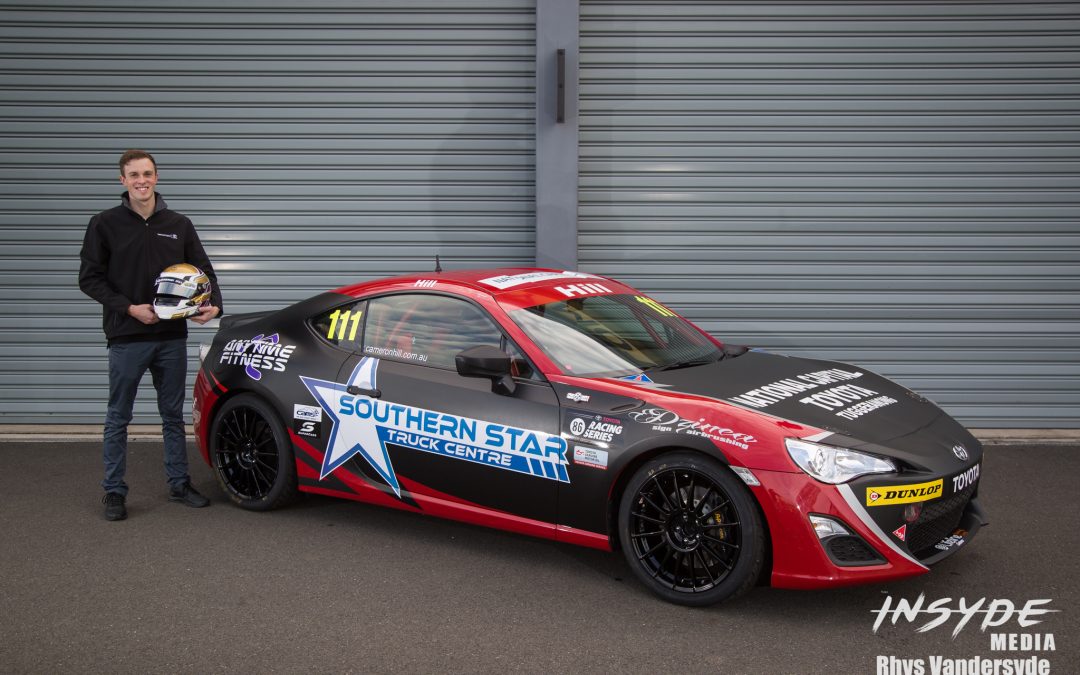 In the lead up to the opening round of the Toyota 86 Racing Series at Phillip Island, Toyota held a Media and Test Day at Sydney Motorsport Park. We were on hand to help a few of our customers with their preseason launches. One of those customers was Cameron Hill.

We were enlisted by Cameron Hill and Chequered Flag Media to provide both photo and video services over the course of the test day.

The morning kicked off with a quick photo shoot of Cameron’s new for 2017 livery, showcasing all his new sponsors. For the shoot we took advantage of Sydney Motorsport Park’s South Circuit Pit Complex, which is the more photogenic of the two pit complexes, to photograph a few different looks for Cameron’s season launch press release.

Time was of the essence for the shoot. Not only did we need to get the shots done so Cameron could get back and not miss any valuable track time. There was also a pressing need for Chequered Flag Media to get their press release out during the course of the test to take advantage of the media hype generated during the day.

Once the morning test session started, it was back behind the cameras to capture both the on track action photos as well as video footage. The action photos were to showcase the new livery, and have content to be used in press releases and social media the lead up to the opening round at Phillip Island. While the video footage would feature as B-Roll for Cameron’s VNR (Video New Release) that we filmed later in the day.

With most events having filming restrictions due to TV deals (at least at the national level of motorsport), test days are a fantastic opportunity to capture stock footage of cars on the track. Ideal for local news, like Cameron had planned, and also for use of social media.

If you’d like to see more photos from the day, head on over to Cameron Hill’s website – cameronhill.com.au. While below is a sample of some of the video footage we shot for his VNR during the day, some of which featured was on WIN News in Canberra.

Cameron’s wasn’t the only photo shoot we fit into the day. We’ll have another post shortly giving the behind the scenes of Tim Brook‘s photo shoot.

Get in touch to if you’d like to know more about our Motorsport Media services. Our next major motorsport event will be the Bathurst 6 Hour this weekend.